Back to all blog posts
IoT Connectivity

Massive IoT deployment refers to a section of IoT where a high volume of IoT devices are deployed (hence the name) but none of these devices is very powerful on its own. IoT devices in a massive IoT system are usually simple, use a small amount of power, and don't need to be connected to the internet around the clock.

Massive IoT systems are generally used for tracking and monitoring purposes. These networks might be made up of devices like meters, sensors, and trackers. These devices usually only have one or two functions and are mainly used to gather data. Since all they typically need to do is gather and transfer data, they only connect to the internet periodically.

The challenge of these kinds of IoT systems is keeping maintenance to an absolute minimum. They should be extremely reliable, durable, and long-lasting.

There are two primary ways to keep these kinds of IoT projects connected, the first being NB-IoT (short for Narrowband IoT). NB-IoT uses low-frequency channels to keep devices connected to its network. These channels have previously gone unused because they are only able to transmit smaller amounts of data - not enough to support the needs of consumer-level devices.

When it comes to massive IoT, however, these channels are a great solution. IoT devices only need to send smaller amounts of data at periodic intervals. And since NB-IoT is relatively untapped, IoT projects that use NB-IoT don't have to share their network with non-IoT devices like smartphones.

Cat-M1 is another IoT connectivity solution that works very well with massive IoT projects. Like NB-IoT, it transmits smaller amounts of data while consuming less power than traditional cellular networks. The big difference between the two, though, is that Cat-M1 uses existing LTE networks to keep IoT devices connected.

It works by using LTE infrastructure to send out waves at a lower frequency. This means that Cat-M1 connectivity can piggyback off of current LTE networks while still providing the benefits that IoT projects need.

How to choose the right connectivity for your IoT needs

While each of these connectivity solutions is capable of supporting a massive IoT project, there are some differences between the two that need to be kept in mind.

The first is complexity. NB-IoT is much, much simpler than Cat-M1, and while each only sends small amounts of data at a time, NB-IoT sends substantially smaller data packets.

The second is your technology needs. Because Cat-M1 is able to send higher volumes of data, it's typically a more costly service than NB-IoT. So Cat-M1 is generally only recommended if your IoT project needs its wider capabilities. Cat-M1 networks also work better with mobile IoT devices, while NB-IoT is better suited to stationary devices.

So, as a quick list, devices like meters and sensors will perform better on an NB-IoT network, while vehicles, trackers, and wearable devices are better suited to Cat-M1 networks.

Learn more by checking out our quick guide to connectivity here.

How LPWA connectivity will impact the future of IoT

NB-IoT and Cat-M1 are able to meet these needs in a cost-effective way, keeping massive IoT projects agile and sustainable. As these technologies become more widespread and accessible to IoT projects, it will be easier and simpler for IoT systems to be deployed around the world.

IoT connectivity gives IoT businesses the ability to choose the connectivity solution best suited to their business's needs without having to make sacrifices in other areas, like device lifespan or data consumption.

How Velos IoT can keep your IoT deployment connected

If you're having a difficult time choosing between NB-IoT and Cat-M1, Velos IoT can help you pick the right solution based on your needs. Velos IoT offers traditional cellular networks for more complex IoT devices, and Velos IoT is working at integrating NB-IoT and Cat-M1 to extend our connectivity solutions. This means you can keep all of your IoT devices connected to the network that best suits your business requirements.

You can mix and match connectivity solutions as well, which is helpful for massive IoT projects with a varied collection of devices. Velos IoT also has other resources for IoT projects - like our Velos IoT Nomad Connectivity Management Platform - and extensive experience within the IoT industry.

Keeping an IoT project connected can be a challenge, but it doesn't have to be! With new connectivity solutions being innovated specifically for the IoT industry, you can find the option that works best for your project's needs.

To learn more about IoT deployment on a global scale, download our white paper, where the Velos IoT team offers insights on how to prepare for IoT at scale.

Connection and Management of IoT devices made easy with Nomad

Is Narrowband IoT The Next Big Thing?

The Internet of Things (IoT) technologies are revolutionising businesses and our personal lives in... 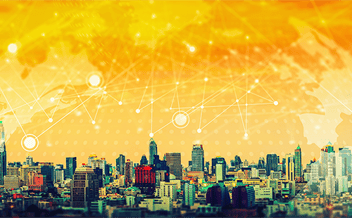 In the world of IoT, you need several ingredients to get your M2M project up and running. The two...